John Saunders reports: Round six of the 2020 Gibraltar Masters took place on Sunday 26 January 2020 at the Caleta Hotel, and the tournament once again has a sole leader in the shape of 17-year-old Russian GM Andrey Esipenko, who defeated and displaced the Ivan Cheparinov (Georgia) who has led from the start. Esipenko now has 5½/6 but has opted to sit out the seventh round and take a half-point while his rivals attempt to catch in Monday’s round eight. The biggest shock of the round was the defeat of former world champion veselin Topalov (Bulgaria) by 14-year-old Rameshbabu Praggnanandhaa (India) who is now half a point behind the leader on 5, having won five straight games since himself being the victim of a shock defeat in the first round. Six other players are on 5/6: Mikhail Antipov (Russia), Wang Hao (China, who took a half-point bye in round six), Parham Maghsoodloo (Iran), David Paravyan (Russia), Mikhail Kobalia (Russia, who is also taking a half-point bye in round seven) and Alan Pichot (Argentina). The leading scorer in the race for the top women’s prize is Bela Khotenashvili (Georgia) who is on 4½ after winning a game with the sneakiest trick you could ever wish to see (and hope not to see played against you). 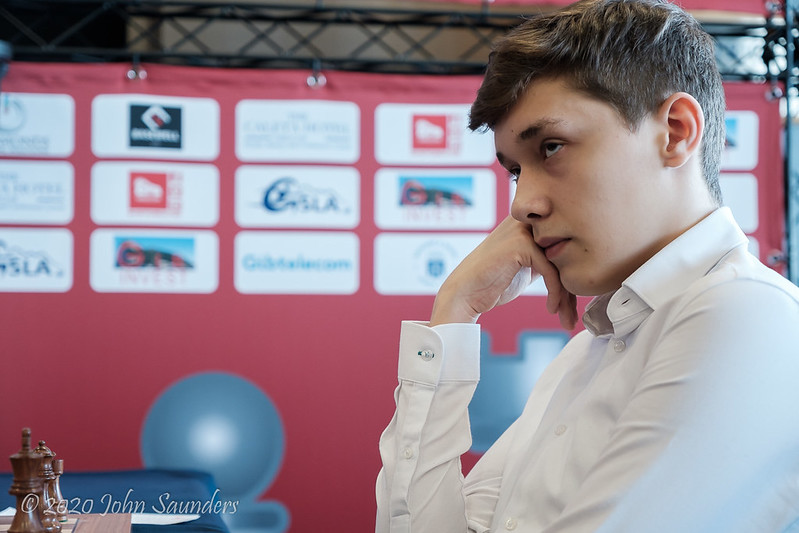 Another Russian star in the making: Andrey Esipenko, aged just 17

Andrey Esipenko’s assumption of the leadership is already reminiscent of last year’s tournament which was won by another young Russian, Vladislav Artemiev, who went on to have a very successful 2019. Both players had reputations which went before them. Artemiev’s Gibraltar success was the springboard to fame and Esipenko could be close to doing the same if he finishes well. Esipenko’s round six victim was Ivan Cheparinov who had been living a charmed life with a number of short and seemingly easy wins until this point in the event. But this encounter with the young Russian was a much tougher affair. As I mentioned in my previous report, he resembles the young Karpov in the contrast between a boyish appearance which masks an iron-hard positional approach.

In this round Esipenko gradually gained the mastery over Cheparinov, then poked and prodded until something gave way. Cheparinov weakened when Esipenko slipped in an intermezzo move, 33...Rd3, replying with the distinctly sub-optimal 34.Nbd2 in a position where an exchange for pawn sacrifice might have fared better. As it was, the e4-pawn was undermined and dropped off. The patient Esipenko continued to probe until more positional weaknesses opened up, until finally zugzwang raised its ugly head. If you’re on the receiving end, that is: from the black side of the board, the game was absolute poetry. Only time will tell but on the basis of the handful of games we’ve seen from him at this tournament, Esipenko looks like the real deal.

Don’t look now but you’ve just been ‘pragged’: Topalov takes a terrible tonking from the teenager

It was a disastrous round for the Bulgarian stars as Topalov lost to Indian prodigy Praggnanandhaa. Though the youngster has downed three 2700+ rated players previously, this was the highest rated player he has beaten to date. Topalov defended with a French Defence, Burn variation, but the first surprise was when he opted to capture Pragg’s f5-pawn and allow the demolition of his French centre by letting the d5-pawn go and, perhaps worse, allow White establish a knight on d5. Before long, as I followed the game, even my rheumy old eyes could see the possibility of Pragg’s knight landing with a bang on f6 and after a couple more inexactitudes by the Bulgarian it duly came to pass. Topalov was unrecognisable in this game. It cannot be explained by the boisterous fun of the previous evening as Topalov was not a participant in the Battle of the Sexes. Just a bad day at the office. 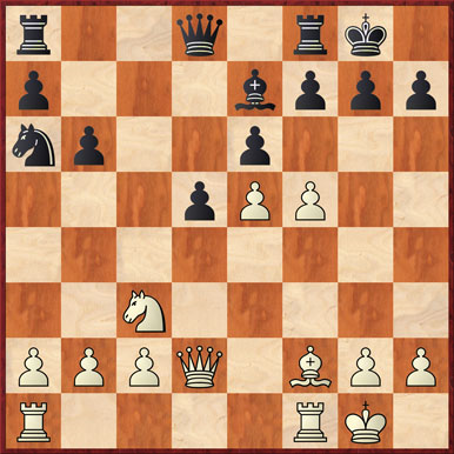 The other game between the overnight leaders, Parham Maghsoodloo versus David Paravyan, started with a Grünfeld and ended in a draw after some cagey cut and thrust saw most of the pieces come off, leaving a balanced endgame. Mikhail Antipov opened with a Ruy Lopez against Gawan Jones and the game really hotted up around moves 20-25. At first Antipov seemed to have the edge but then the game turned sharply in favour of Gawain Jones, at least if the engines have it right. But he missed the chance to play 27...Bxd4 and White was able to strike with 28.Re8 and thereafter White was clearly winning, and even the English GM’s usual Scarlet Pimpernel-like ability to escape from disaster couldn’t save him.

Bela Khotenashvili defeated Jules Moussard to become the highest placed female competitor on 4½/6. The opening was a side-line of the Dutch and the French GM seemed fine until he misplayed a messy middlegame where there were four pawns on the e-file between e4 and e7, alternating white and black. The mistake seems to have been targeting the white pawn on e6. Capturing it cost Moussard his more important g-pawn and he was now on the back foot. However, Moussard’s position was still perfectly playable until he fell for a hideous trick which reminded me of an insect being caught by a Venus Flytrap. 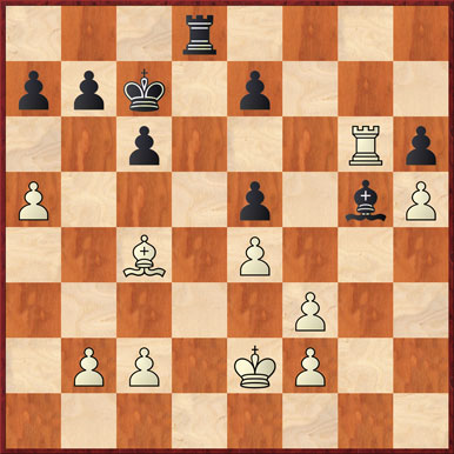 That’s it for now, folks. Round 7 takes place on Monday 27 January at 3pm Central European Time (GMT+1) in the Caleta Hotel, so do tune in for the live broadcast conducted by GM David Howell and WIM Fiona Steil-Antoni here.