John Saunders reports: The opening ceremony of the #GibChess Battle of Sexes Chess Match-Tournament, to be held at the Garrison Library, 24 January to 3 February 2022, took place at the Garrison Library at 6pm on Sunday 23 January 2022 in the presence of the Hon. Dr John Cortes, Minister for the Environment, Sustainability, Climate Change and Education, and Dr Jennifer Ballantine, Director of the Gibraltar Garrison Library, which is hosting the event. 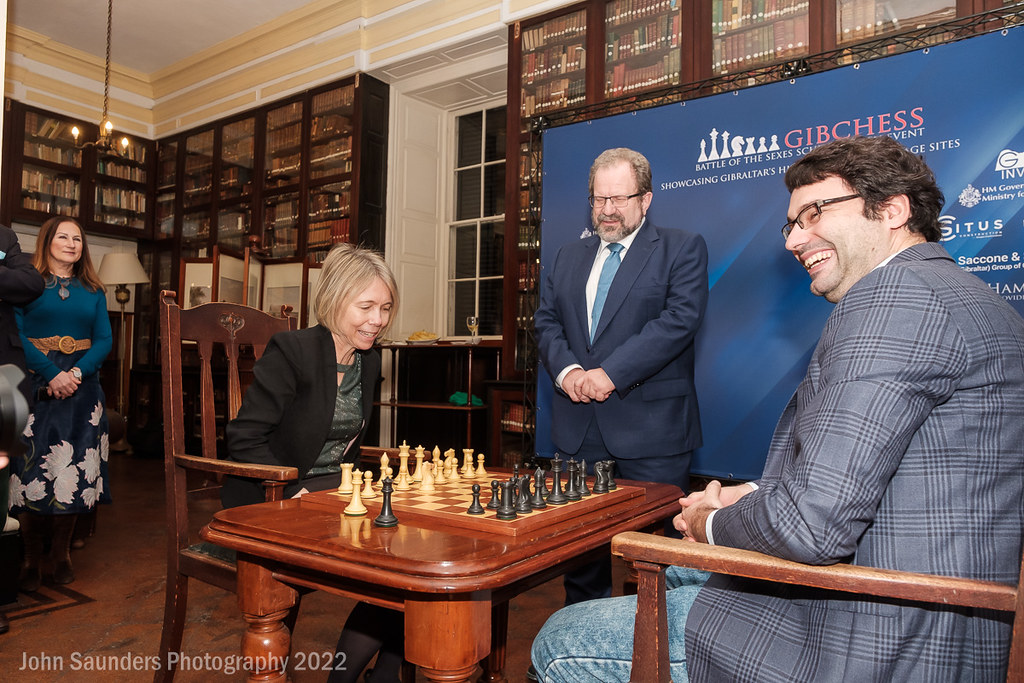 Laurent Freyd, director of the Gibraltar International Chess Festival, opened proceedings by explaining the background to this novel chess competition, in which two teams of ten leading professional chess players, men and women, play ten rounds of classical chess against each other for a prize fund of £100,000, of which £75,000 would go to the winning side and £25,000 to the runners-up. It marked another imaginative and innovative chess initiative for a festival which has become world-renowned over the past 18 years and several times been voted the world’s top open tournament by the World Chess Federation. It also meant that the festival would maintain its annual continuity through the pandemic, with open-to-all tournaments held at the Caleta Hotel in 2020 and a Women’s World Championship eliminator held there in the summer of 2021. 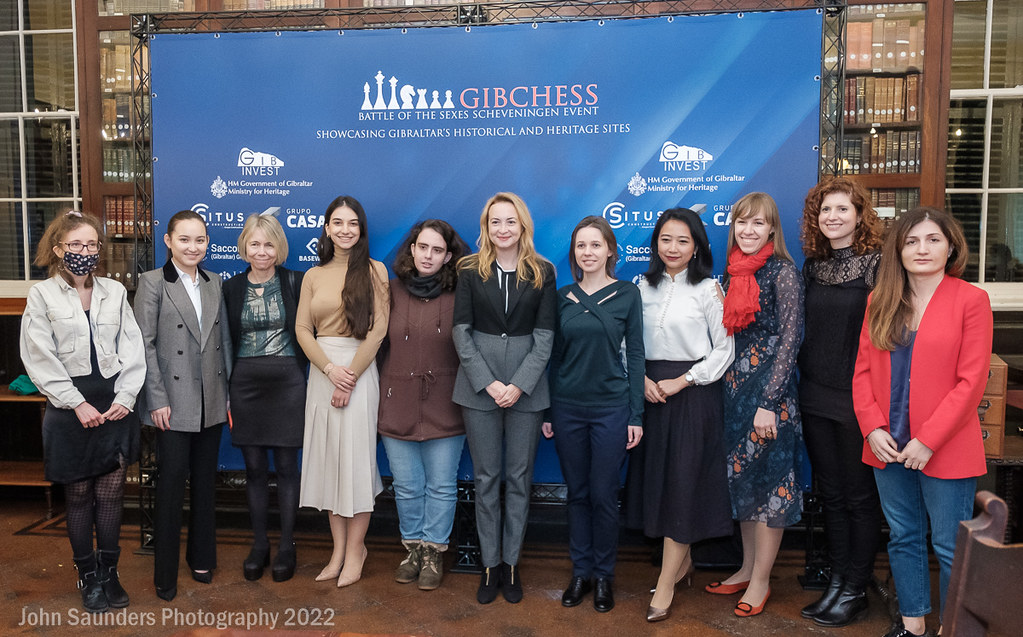 Dr Cortes congratulated the Festival on its achievements and commented on the suitability of the tournament to the historic venue in which it was to be held. Gibraltar prided itself on its cultural heritage, with the Garrison Library being a prime example of heritage and culture. Gibraltar had now become known as the home of chess, itself an activity with a long cultural heritage. He wished the tournament and the contestants the best of luck and hoped that everyone involved would take home with them a small piece of Gibraltar in their heart as a fond memory.

Dr Ballantine also wished the contestants luck in their chess competition. She hoped the players would find time during their stay in Gibraltar to look at the small collection of chess books which reside in a corner of the library and which date back around two centuries. 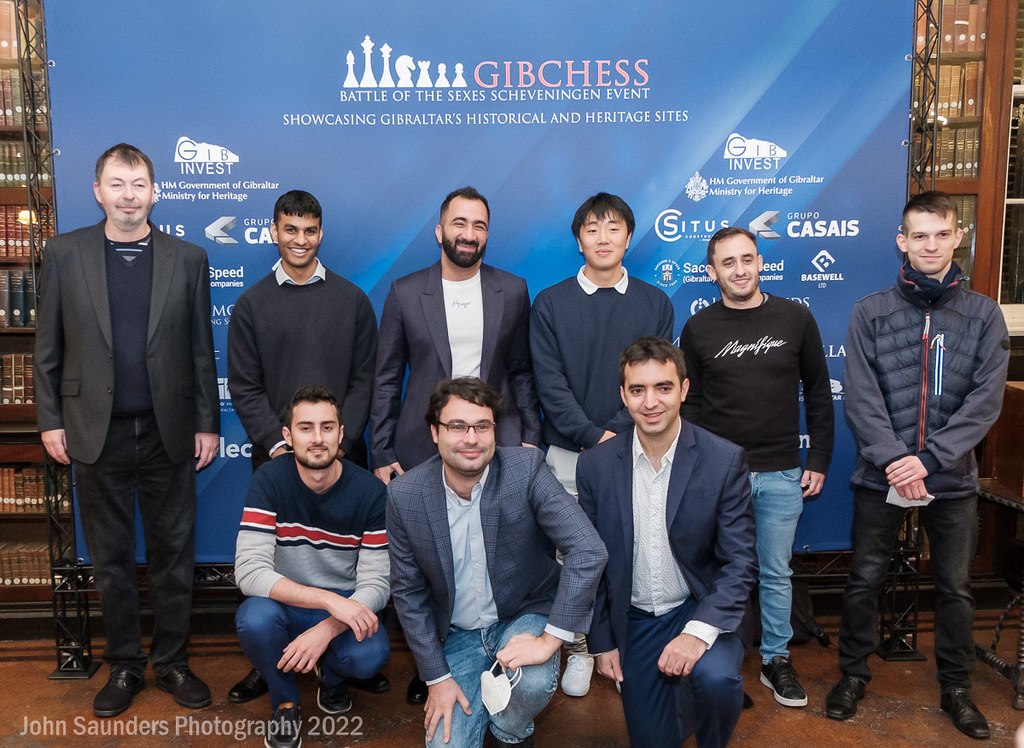 Dr Cortes was then invited to effect the drawing of colours for the first round of the team event. In keeping with the library setting, two banks of traditional library card index drawers had inside them a white and black king. Dr Cortes was asked to choose a drawer on behalf of the women’s team. He plumped for the left-hand drawer. It was opened to reveal a white king, which meant that the women’s team will all take the white pieces in round one of the tournament which will start at 15.00 CET on Monday afternoon.

Photos of the opening ceremony may be found via the web link https://flic.kr/s/aHBqjzzGjZ