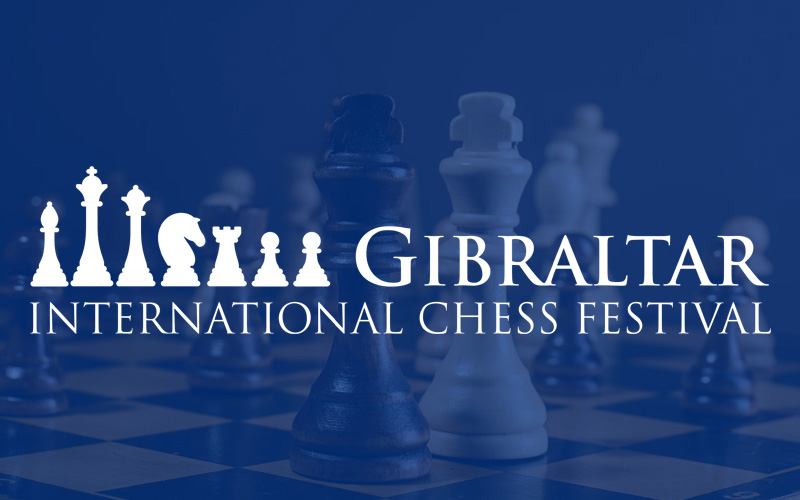 Just ten days remain until Christmas, and only some five weeks until the Caleta Hotel hosts the 16th edition of the Tradewise Gibraltar Chess Festival! Activities begin on Sunday, January 21st (with two simultaneous displays that evening, by GMs David Howell and Natalia Zhukova) and finish with the traditional gala dinner and prize-giving on Thursday, February 1st, 2018.

Our three highest ranked players in 2018 form an elite trio of grandmasters: Levon Aronian (Armenia), Maxime Vachier-Lagrave (France), and Hikaru Nakamura (USA). We are honoured that all three have chosen Gibraltar as their first major tournament of 2018. As we write this, the average rating of the top ten participants is 2745, a total of twelve players being rated 2700 or higher.

The women's entry is led by Anna Muzychuk (Ukraine), Ju Wenjun (China), and Alexandra Kosteniuk (Russia). In total, seven of the world's current top ten females will play in Gibraltar. The first women's prize is £15,000, with 55 women expected in the Masters alone.

Over sixty countries will be represented. Professional and amateur players will be travelling to Gibraltar from Europe, Asia, Australasia, Africa, and the Americas. Some will be here for the first time, others make an annual pilgrimage to the Rock. The Festival showcases competitive chess of the highest calibre, but it is also a place to renew friendships made here in former years.

Many of the world's top juniors will be playing, including Indian super-prodigies Praggnanandhaa and Nihal Sarin.

The Tradewise Festival is not just about the stars of the game. The four Morning events (Amateurs and Challengers) have always been popular, and as new players continue to register we may well see record numbers in these tournaments.

Our social programme remains of prime importance. There will be our signature events which have become Festival favourites: at least three Masterclasses with top players, two blitz events (pairs, and teams of four); and of course our very own Battle of the Sexes. There will be an Opening Ceremony on Monday 22nd January, at 8:30pm, to which everyone is invited. Earlier that afternoon we will have a talk by GM Nigel Short. We are also excited to announce a brand new event for our 2018 social diary: a #Gibchess Question & Answer Panel Night.

A film crew will be on site throughout the Festival. Post-game interviews conducted by IM Tania Sachdev will be quickly posted online. Tania will also be recording longer interviews with some of our top players, and selecting her Game of the Round. Our social media channels will be at full pace as we follow all the latest stories.

As they did so expertly last year, GM Simon Williams and IM Jovanka Houska will mix instruction and entertainment, joined by special guests, as they present a daily show, broadcast live, for every day of the Masters. Evening Masterclasses will also be broadcast live, and like the afternoon shows, can be watched again via our website.

One of the chess world's best-known and most respected journalists and broadcasters, and long-time columnist for Spain's 'El País', Leontxo Garcia, will be attending and reporting on the Tradewise Festival throughout the event. Joined by Festival Director Stuart Conquest, Leontxo will present a short daily Spanish language section, discussing the latest news and highlights from the Masters. These Spanish language round-ups will be recorded and uploaded to the Festival website.

A brand new Festival website has been launched. We trust that the modern, contemporary design will generate an even stronger branding image, reflecting the Festival's growth and success. We should also mention our official partnership with the 14 premier airlines that make up the OneWorld Alliance, possibly a first in the chess world. This builds on a successful and innovative association with Iberia and British Airways for the 2017 Festival.

We believe that Gibraltar may truly call itself a Capital City of Chess, home of a Festival described by the Financial Times as "the strongest and best organised event of its kind in the world."