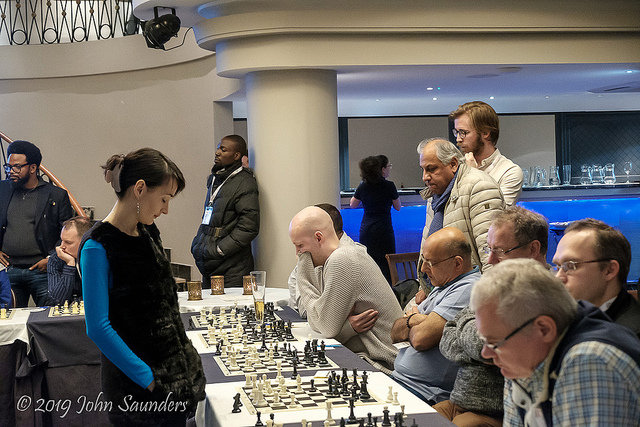 The Social Side of Chess

The Gibraltar International Chess Festival is well known for its extensive social calendar of events during the 10 day tournament. The first fun event was a Simul on the Sunday and tonight sees the first Blitz (teams of four) event.

As a curtain-raiser to the Gibraltar International Chess Festival, a simultaneous display was played on Sunday at the Caleta Hotel, with two of the tournament’s star players, Wesley So of the USA and Kateryna Lagno of Russia taking on all-comers in a fun chess event.

In what is known in chess terminology as a ‘tandem simul’ the two stars go round the boards arranged in a large circle, playing alternate moves against a large number of opponents.