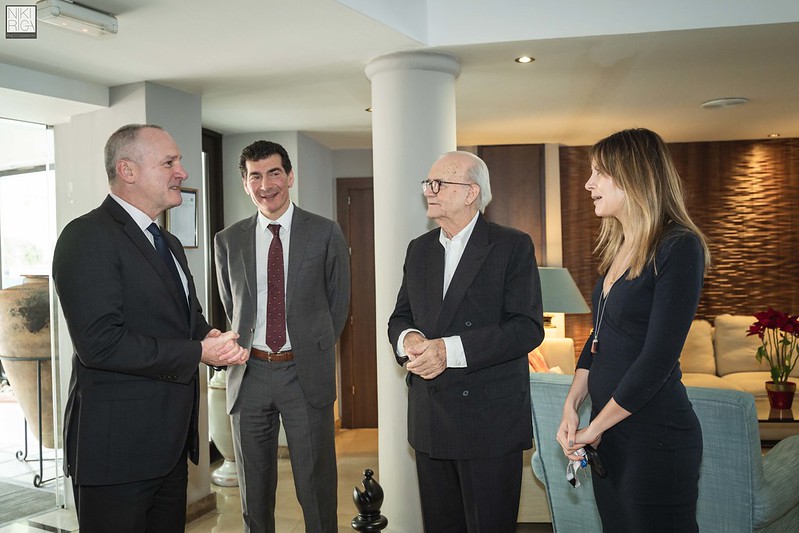 The Governor of Gibraltar Lieutenant General Ed Davis paid a visit to the Gibraltar International Chess Festival on the last day of competition. This is one of his last official engagements as he prepares to leave the Rock next month when his term of office comes to a close. He has visited the festival annually over the last five years.

This tournament was his very first official event when he arrived on the Rock. Interviewed on the webcast show he told Fiona Steil-Antoni he was once again proud and inspired by what he had seen in the Gibraltar Masters. He reflected on the many women and the many young players in the competition this year and referred to the tournament as a microcosm of what Gibraltar was in terms of “its ambition, innovation and boldness” in putting itself and the game of chess in the international arena. The success enjoyed, he said, was remarkable.

“The tournament does so much good at so many levels: 55 nations, young and old and it is a wonderful to see – it is not just the chess community but the world. Gibraltar is one of those places which is a real force for good in terms of bringing people together,” he said.

Having been a chess player in the past he is now ready to take up the game again and announced he had joined a chess online platform. Inspired by the Gibraltar International Chess Festival and with a little more time in his hands he is now ready to play chess again.