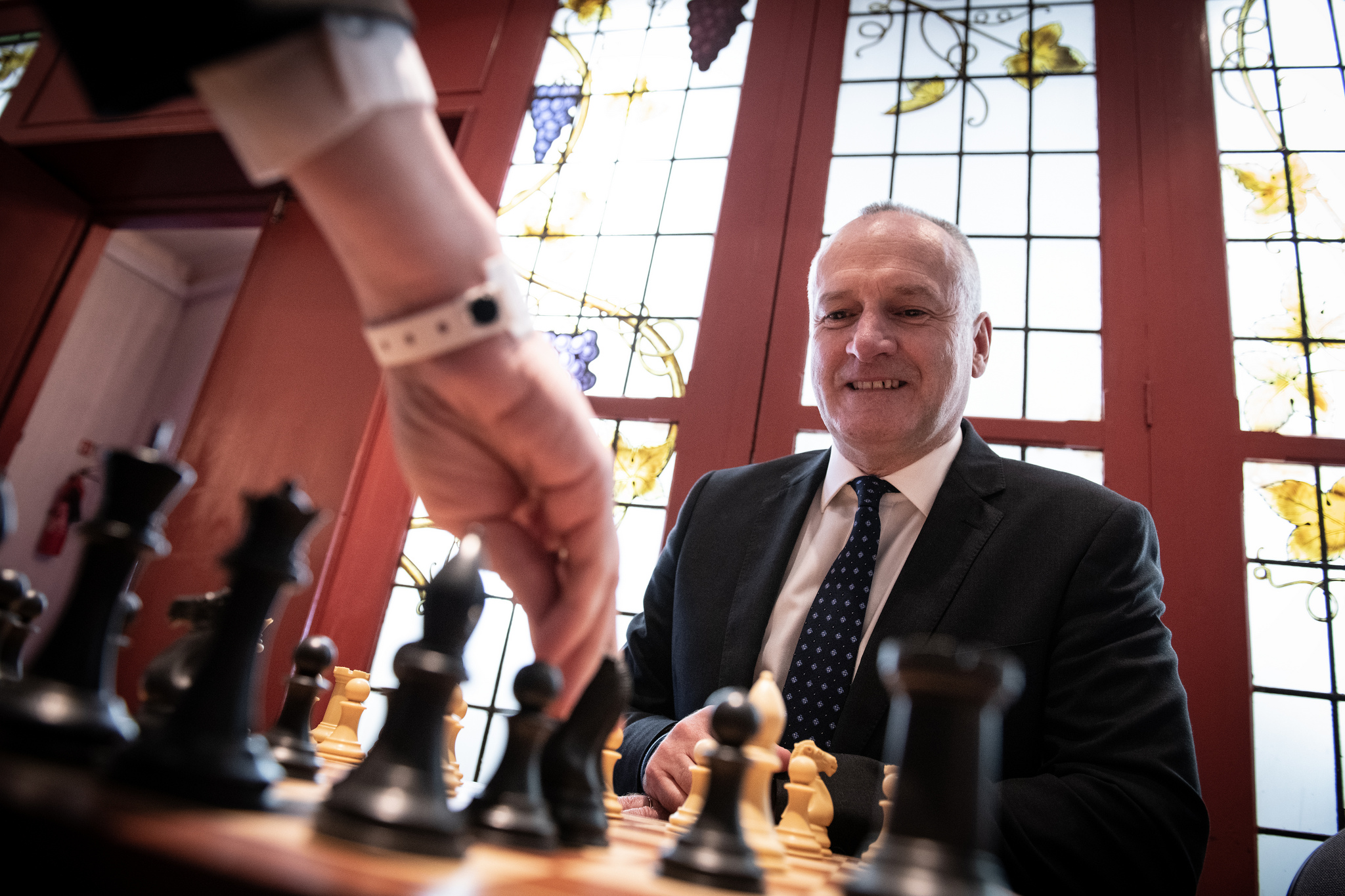 It was Chief Arbiter Laurent Freyd who took Mr Davis into the playing areas where he was not just interested in the games on the top boards but many others across the room including the game with the youngest GM in the Gibraltar Masters 12-year-old Gukesh from India.

Interviewed by Jovanka Houska, commentator and British Women’s Champion, on the daily web show streamed across the world Lieutenant General Edward Davis said Gibraltar felt very proud of its contribution to the great game and how it had helped its progression around the world as it is streamed live.