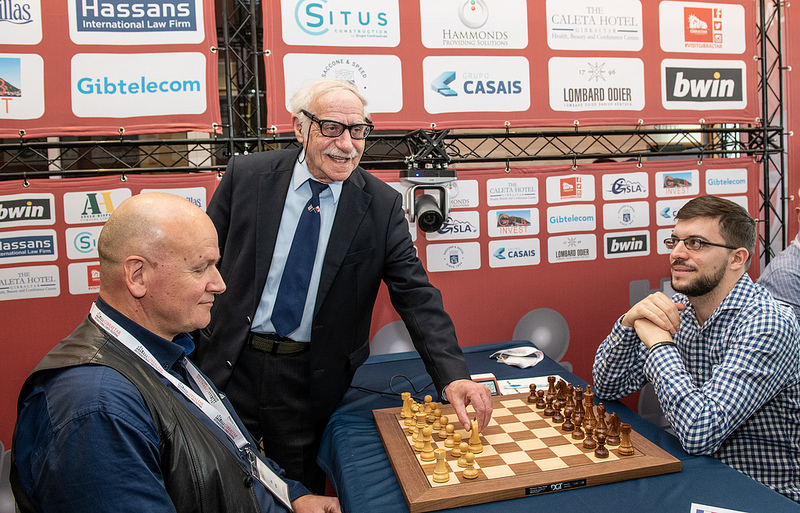 Addressing the packed hall of players, he said, chess was more than a sport “it was a challenge to the human intellect and his Ministry was delighted” to be supporting this event financially.

The First Move was made on the top board where top seed Maxime Vachier-Lagrave from France was playing his first round game against IM Kiik Kalle from Estonia.

“Bringing chess to Gibraltar and bringing Gibraltar to the attention of the world is hugely important locally.”