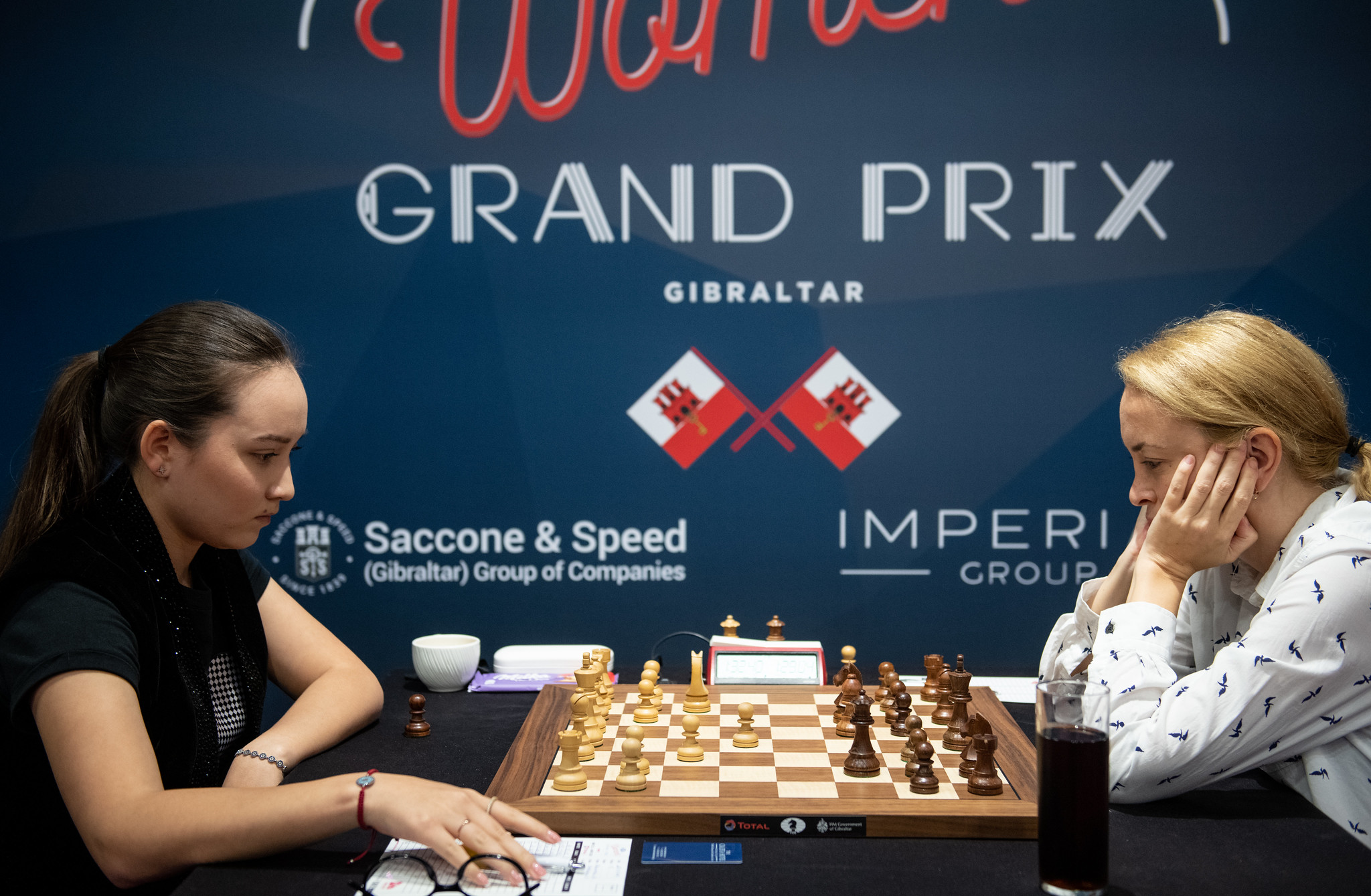 After round five of the Gibraltar leg of the FIDE Women’s Grand Prix, played at the Caleta Hotel on 26 May 2021, two players share the lead on 4/5 points: Zhansaya Abdumalik (Kazakhstan) and Mariya Muzychuk (Ukraine). Two players, Kateryna Lagno (Ukraine) and Elisabeth Paehtz (Germany) have 3½ points.

The round was opened by Fabian Picardo, Chief Minister of Gibraltar.

After welcoming the players and complimenting the organisers on a ‘very impressive’ lay-out for the tournament, he expressed the wish that one day a Gibraltarian flag would appear alongside one the competitors, who would compete alongside the top women’s world championship contenders.