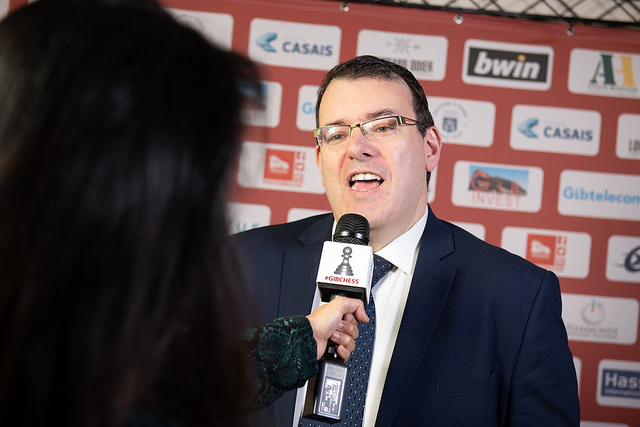 FIDE is set to regain control over the World Championship and team up with World Chess for the successful Grand Prix series.

The new agreement signed by both parties means all championships including the world championships will now be under the direct control of FIDE.

World Chess will as from now conduct its Grand Prix series in collaboration with FIDE through to 2021.

Emil Sutovsky a big supporter of this festival, a world class Grand Master and a previous winner in Gibraltar, in an interview with Tania Sachdev said the Gibraltar International Chess Festival deserved this announcement be made in Gibraltar at the 2019 event.