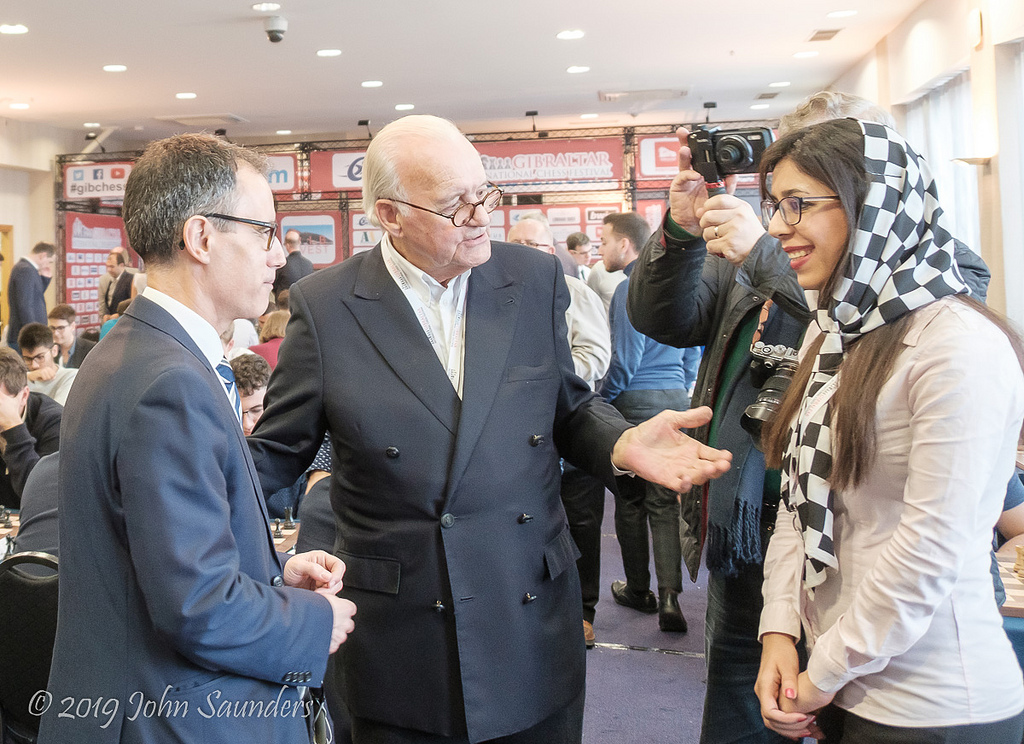 Gibraltar Deputy Chief Minister makes it 17 years in support of the festival.

He was met by tournament founder Brian Callaghan and director Stuart Conquest but it was Chief Arbiter Laurent Freyd who showed him round the playing areas including the top tables.

Interviewed by Jovanka Houska, commentator and British Women’s Champion, on our daily web show emphasised how chess had put Gibraltar on the map.