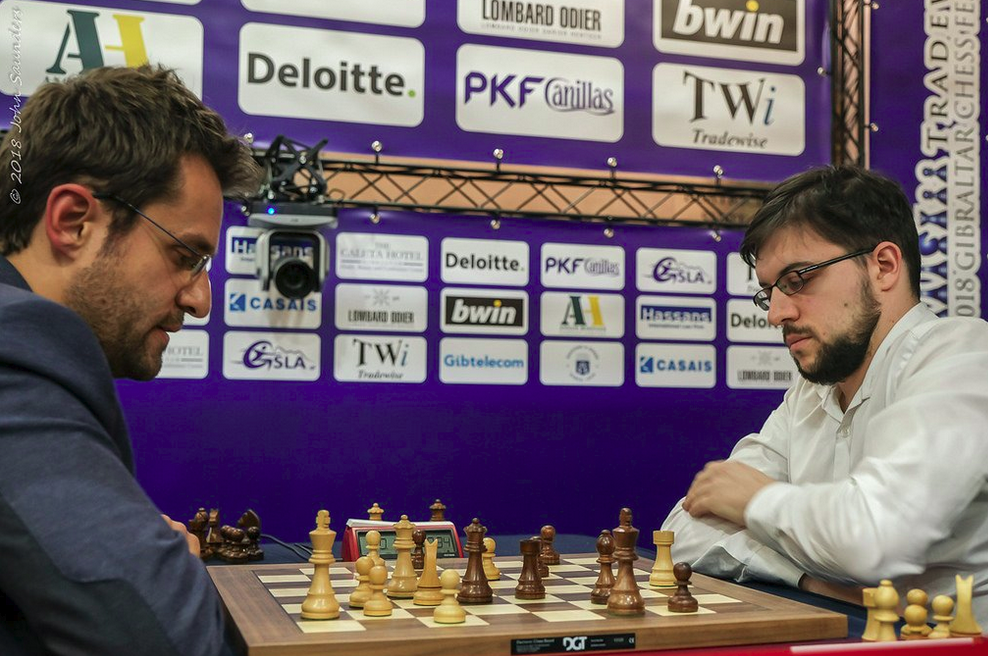 The 2019 Gibraltar Masters starts on 22 January 2019 and there is another mouth-watering line-up of chess stars contesting this most prestigious of open tournaments and vying for the first prize of £25,000.

Top seed in 2019 is 28-year-old French GM Maxime Vachier-Lagrave, rated 2780 on the January list, which puts him at number six in the world. Playing on the Rock, Maxime has previously been ‘close but no cigar’. Last year he finished in the monumental seven-way pile-up on 7½/10 when, despite being one of the four who went into the play-off and dispatching speed star Nakamura in the semi-final, he lost out in a blitz play-off to Aronian. In 2017 MVL also scored 7½ but there were three men ahead of him on 8. In 2016 he scored 8/10 but so did Nakamura and it was the American who won that play-off.