John Saunders reports: Three players share the lead after round four of the Gibraltar leg of the FIDE Women’s Grand Prix, played at the Caleta Hotel on 25 May 2021. Zhansaya Abdumalik (Kazakhstan), Mariya Muzychuk (Ukraine) and Kateryna Lagno (Russia) have three points from a possible four, and they are also the only players in the field who remain unbeaten, such has been the uncompromising nature of the play. In fourth place is Elisabeth Paehtz (Germany) on 2½. 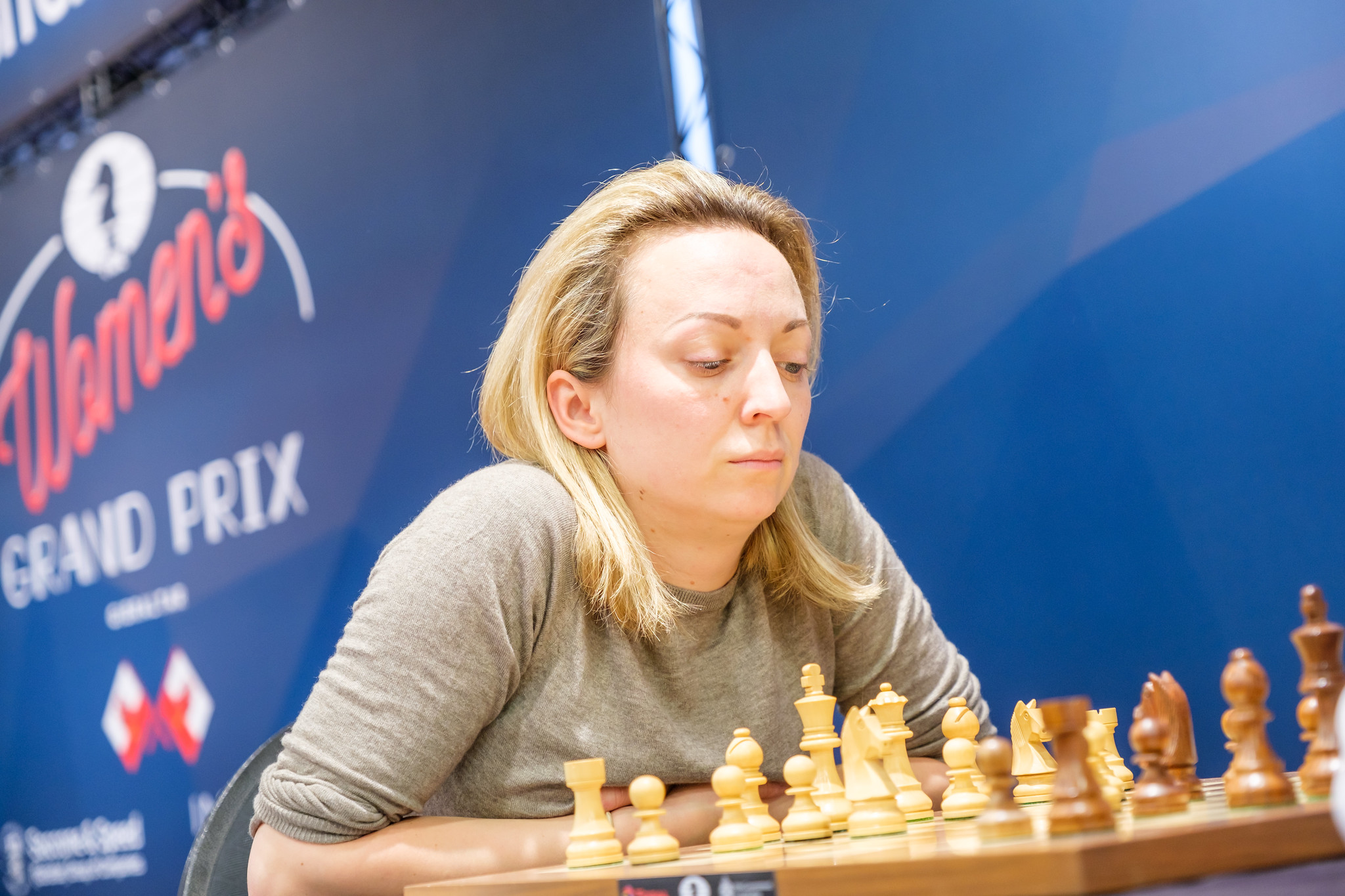 Nana Dzagnidze of Georgia is one of the leading contenders to qualify from the Women’s Grand Prix for the Candidates’ competition, but her chances suffered a severe blow when she lost to Elisabeth Paehtz in what was the game of the day. Elisabeth played a c3 Sicilian which resulted in hanging pawns on c4 and d4. However, there was no obvious way to bring pressure to bear on what is usually seen as a weakness (but, in this case, wasn’t). Nana took four moves to relocate her knight from a6, where it had no prospects, to f6, where it might have more scope. However, allowing Elisabeth to swap a bishop for the knight on f6 and break up her kingside pawn structure proved disastrous.

Elisabeth immediately launched her full force at the kingside and it was soon apparent that Black had little defence against the onslaught. Eventually Nana had to give up her queen, plus two pawns, for two rooks, to prevent being mated but the cost was too high. With White’s king safely protected from rook checks, and Black’s opposite number exposed to an infinity of awkward checks, there was never much doubt about the outcome. A fine win for Elisabeth. 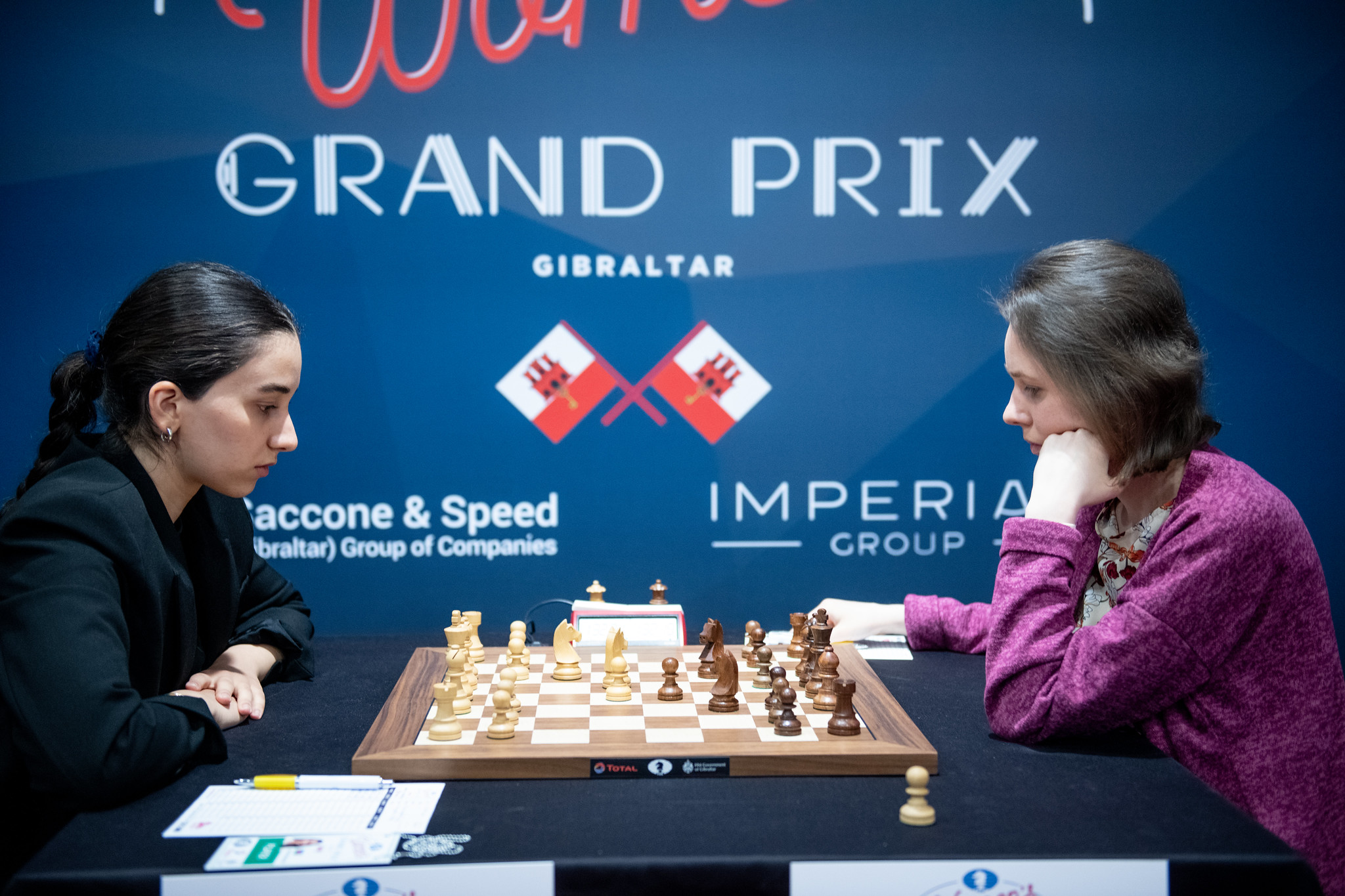 Gunay Mammadzada of Azerbaijan has established a reputation for brinkmanship and enterprise in this tournament so far but she came unstuck against former world champion Mariya Muzychuk. After 18 moves of solid Sveshnikov Sicilian theory, Mariya went into a side-line with 18...Bd7, though the first new move was her 20...f5, following a pawn sacrifice for active play. Gunay’s play in an imbalanced and complex position seemed reasonable enough until she went seriously wrong with 25 b4, after which her position collapsed with alarming rapidity. 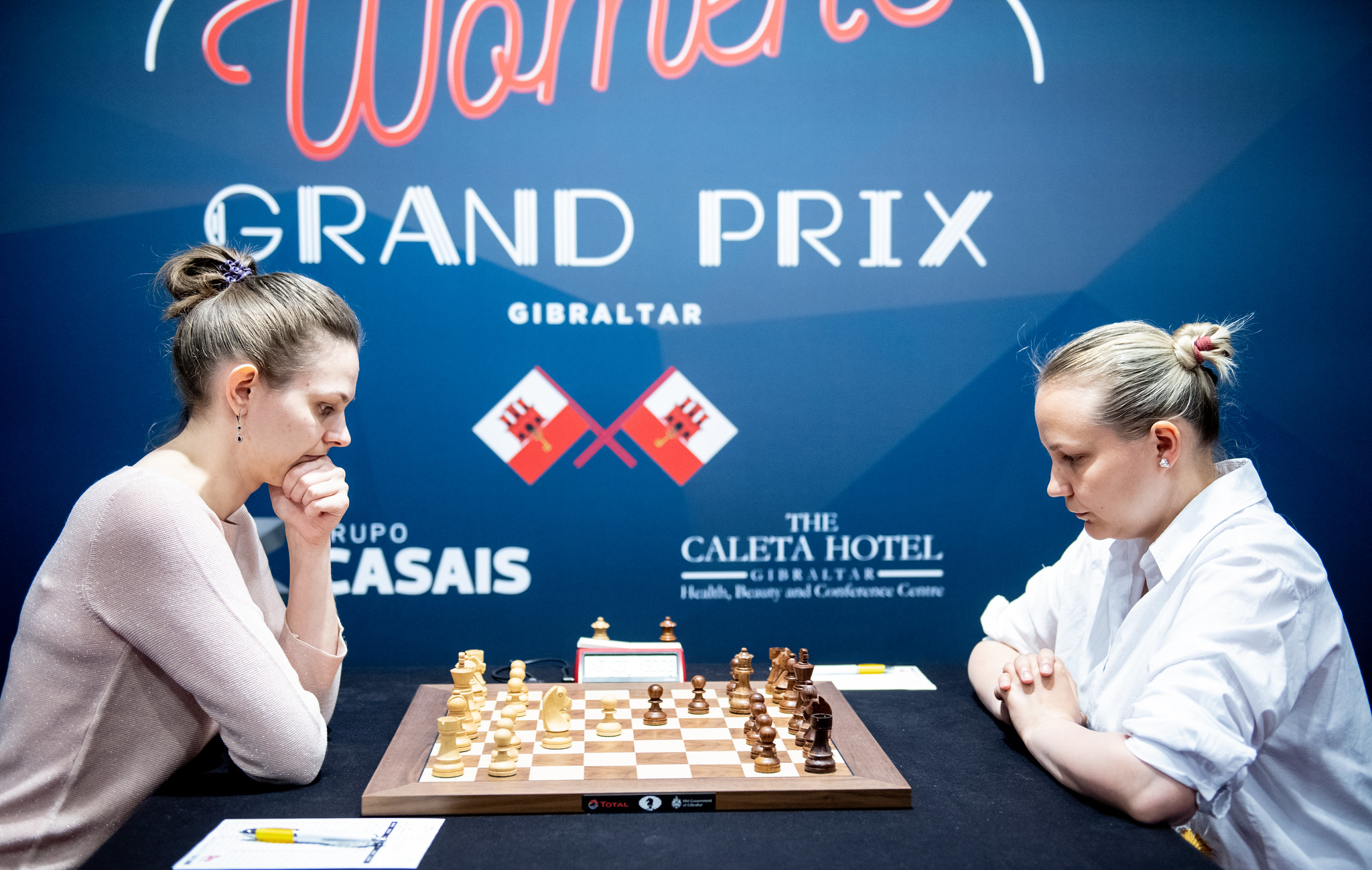 It was a great round for the Muzychuk sisters as Mariya’s sister Anna also secured a full point in the longest game of the day against Valentina Gunina of Russia. Anna chose an offbeat and innocuous line against Valentina’s Caro-Kann. Anna was of the opinion that she was slightly worse in the early middle game, until Valentina embarked on a three-move excursion with her queen, during which time the position equalised and then swung in favour of Anna by virtue of her control of the d-file. Though a little short of time, Anna maintained her grip until the time control, steadily outplaying her opponent from that point on. A knight ending morphed into a queen and knight ending as both players queened pawns but by now Anna had worked out a continuation through to victory.

Irina Bulmaga’s game with round three co-leader Zhansaya Abdumalik was another Sveshnikov Sicilian and had some point of interest. But, after the queens came off, despite an imbalanced pawn structure, neither player found enough scope to merit playing on beyond move 30. 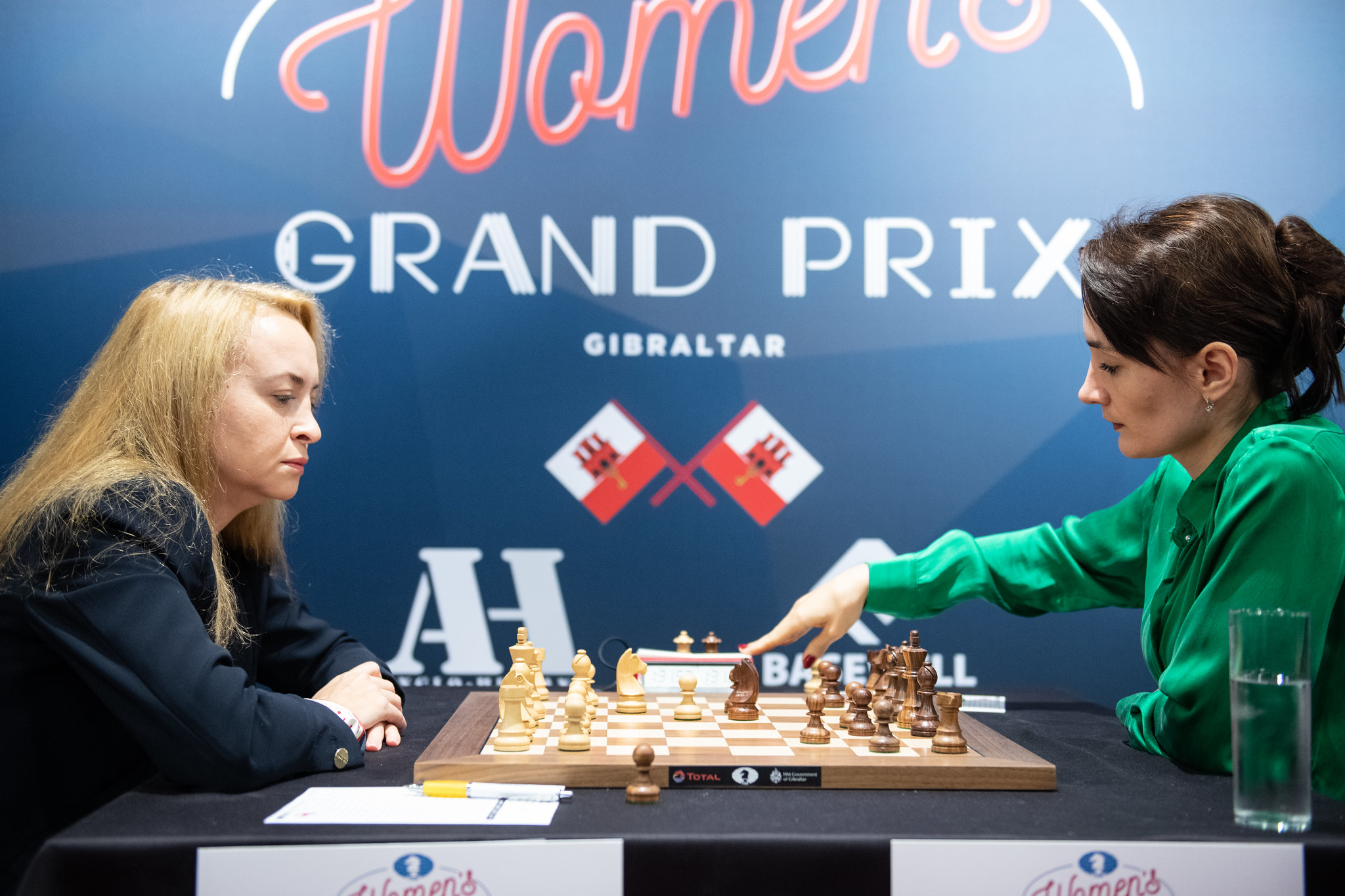 Antoaneta Stefanova and Kateryna Lagno headed into an unpromising side-line of the Grünfeld, which resulted in a number of exchanges and a sterile rook and pawn endgame after 30 moves. Dinara Saduakassova, playing White, was content to end her run of losses with an early draw against Alina Kashlinskaya in a line of the English which ended with a three-move repetition.