John Saunders reports: Zhansaya Abdumalik secured first place in the penultimate round of the Gibraltar leg of the FIDE Women’s Grand Prix at the Caleta Hotel on 1 June after agreeing a very quick draw with Kateryna Lagno of Russia. The quick cessation of hostilities suited both players as Zhansaya wins the tournament while Kateryna will have it in her own hands to secure a place in the Candidates’ tournament. The only way Kateryna can miss out now is if she loses to Mariya Muzychuk in the last round and Nana Dzagnidze wins against Valentina Gunina. Meanwhile, back home in India, Humpy Koneru can celebrate her own qualification for the Candidates’ event. 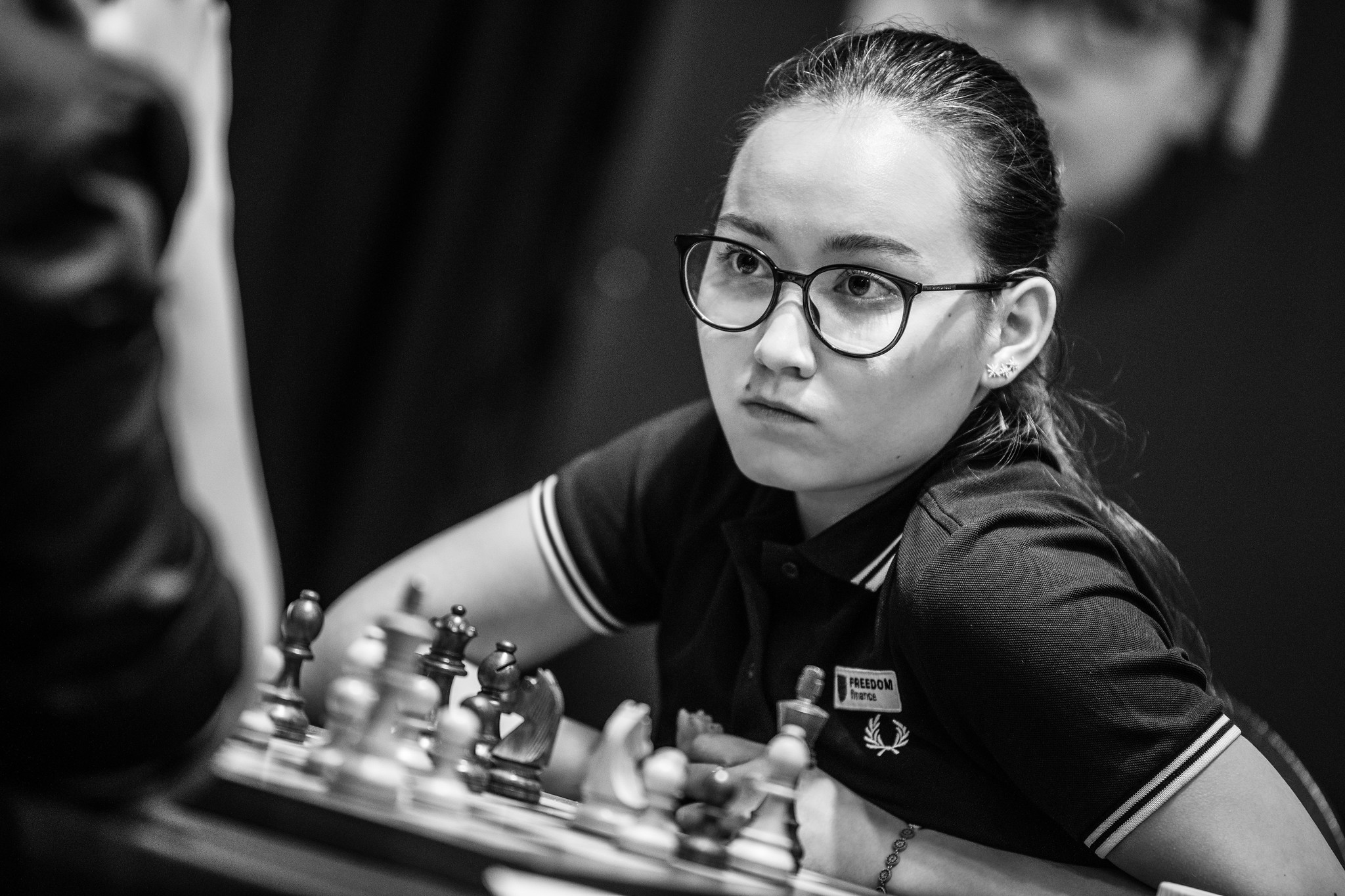 After the brief and bloodless encounter between Zhansaya and Kateryna, the main drama of the day was a power cut 40 minutes into the round. Thankfully, it lasted only 20 minutes, during which time the players either took a breath of sea outside or else stayed at their boards peering at the pieces in the semi-darkness. 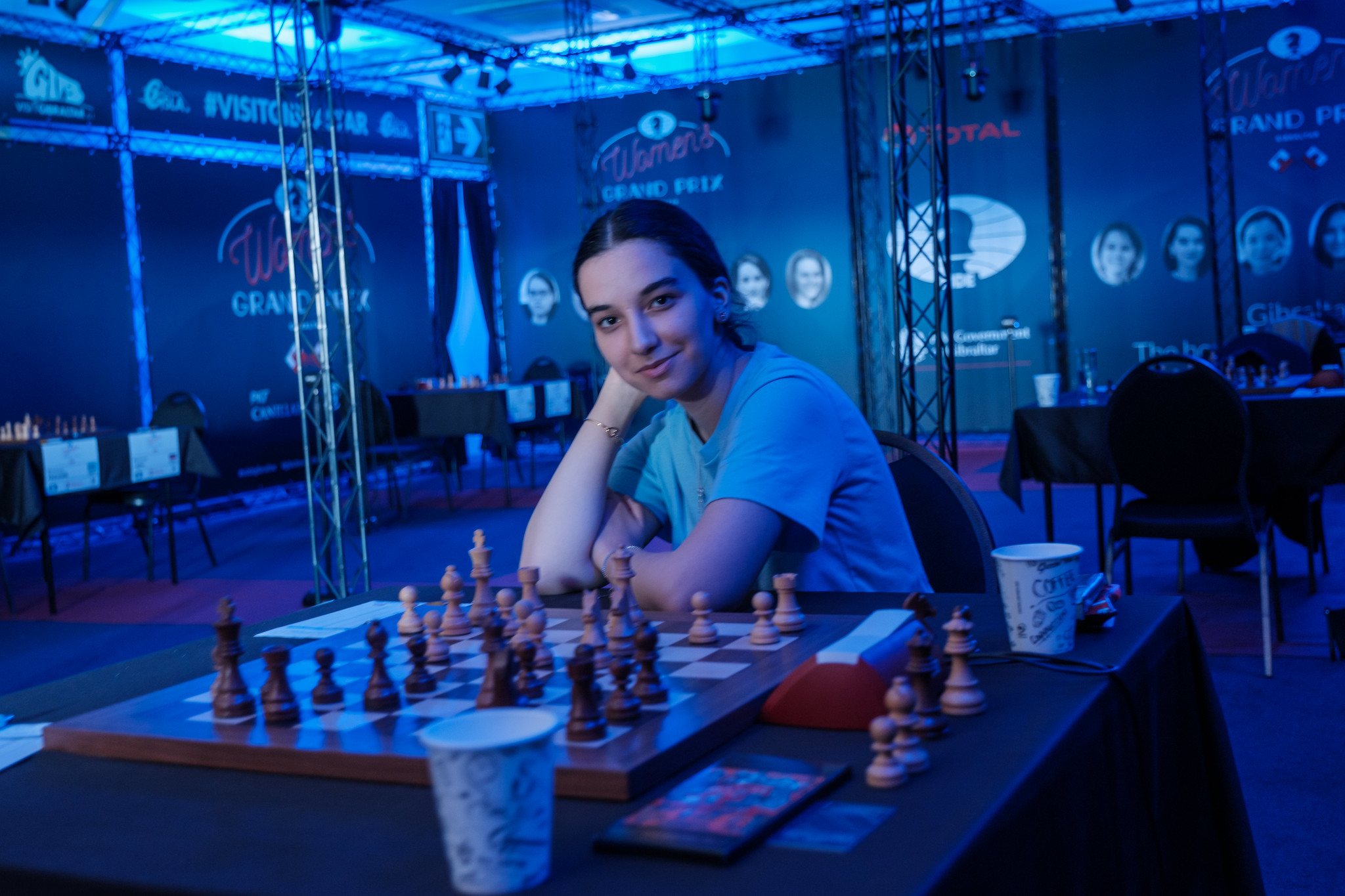 Valentina Gunina, after her marathon game against Zhansaya in round 9, played very quickly on the black side of a Slav Defence against Mariya Muzychuk, and soon compromised her position. That said, it was when she stopped to think and then played 15...c5 that her position started to go wrong, as it meant ceding the two bishops and allowing a strong d-pawn push for White. Soon Mariya was bearing down on Valentina’s kingside and the Russian player decided to surrender the exchange rather than submit to passive play. However, despite a long resistance and a typically determined rearguard action by Valentina, she never looked likely to hold the game.

The power cut seemed to coincide with a certain energy deficiency amongst some players, but more likely it was the effect of all the exciting and energy-sapping play which had occurred in previous rounds. The remaining games resulted in draws, though they were all hard fought.

Antoaneta Stefanova against Elisabeth Paehtz was some sort of Queen’s Gambit Declined. Antoaneta gained some pressure along the b-file but Lizzie had compensation in terms of play against Antoaneta’s hanging pawns. The game was the last to finish, but it eventually petered out to a draw. 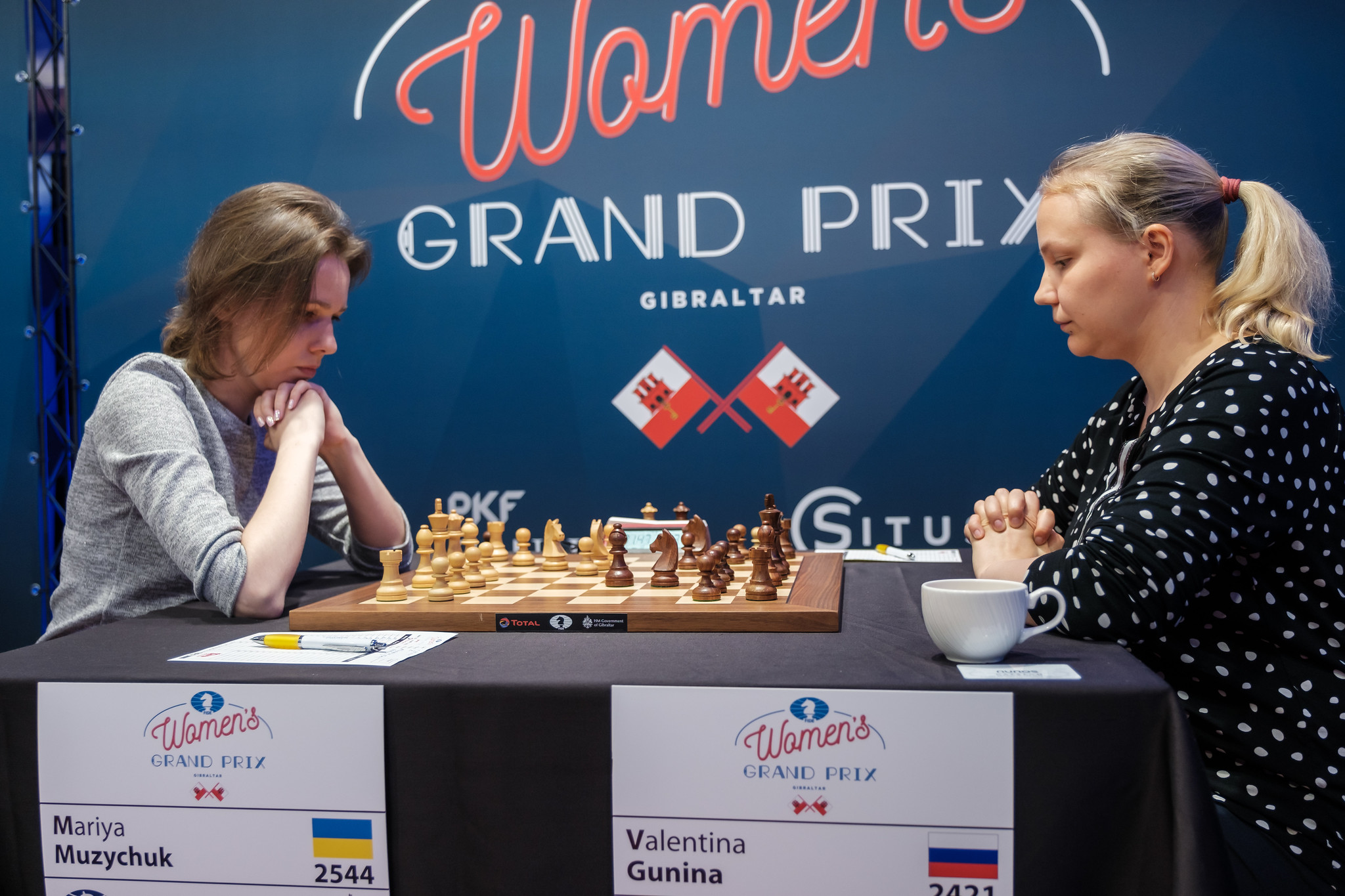 Gunay Mammadzada versus Dinara Saduakassova started with a Bogo-Indian. By move 25 Black had two bishops but White enjoyed a little more space. She was unable to capitalise on a positional edge, however, and the game also ended in a draw.

Irina looked to be winning at various points in her game against Anna Muzychuk, who chose to play a slightly suspect Winawer French. Despite two extra pawns, the position started to look difficult for Anna as Irina piled on pressure along the g-file and Anna’s pieces were cramped. Irina tried hard to exploit her advantage, but the position was highly complex and it wasn’t easy for her to find a way to break through. Eventually a fleeting chance to win the game presented itself when Anna blundered with 29...Kf7. Irina might have snatched victory with a combination starting with 30 Ng5+ but sadly missed her opportunity. 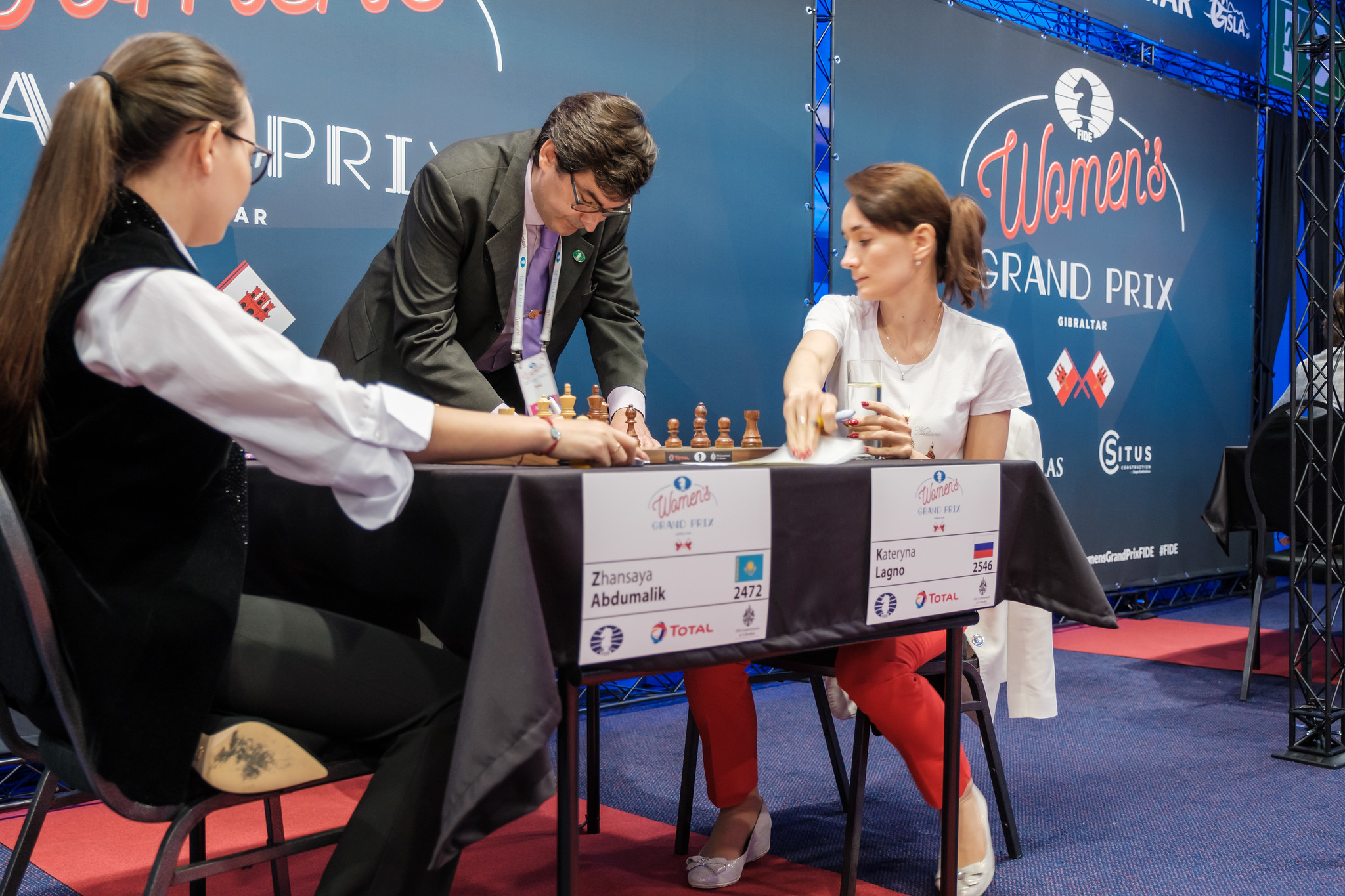 Nana Dzagnidze opened with a Symmetrical English against Alina Kashlinskaya. Nana tried to dodge her opponent’s (and her opponent’s super-GM husband’s) theoretical preparation, but her plan went slightly wrong. However, it wasn’t a serious disadvantage and with careful play she was able to exchange pieces and reach the safe haven of a draw.

Round 11 is on Wednesday 2 June at the earlier time of 14.00 CET. Live transmission, with Veselin Topalov and Fiona Steil-Antoni, may be found at https://www.gibchess.com/wgp2021-live-commentary