John Saunders reports: “The major achievement of the tournament will be if everyone manages to get here.” These were the wise words of organiser Stuart Conquest to me a week or two before the Gibraltar leg of the FIDE Women’s Grand Prix was due to start on Saturday 22 May. That’s just one day away. And, as I write, three of the competitors are still in transit, as is our commentary team. It’s just great to be able to offer the world a mouth-watering line-up of players at an OTB tournament, but no-one should underestimate the manifold problems involved in travel in our much-changed world. 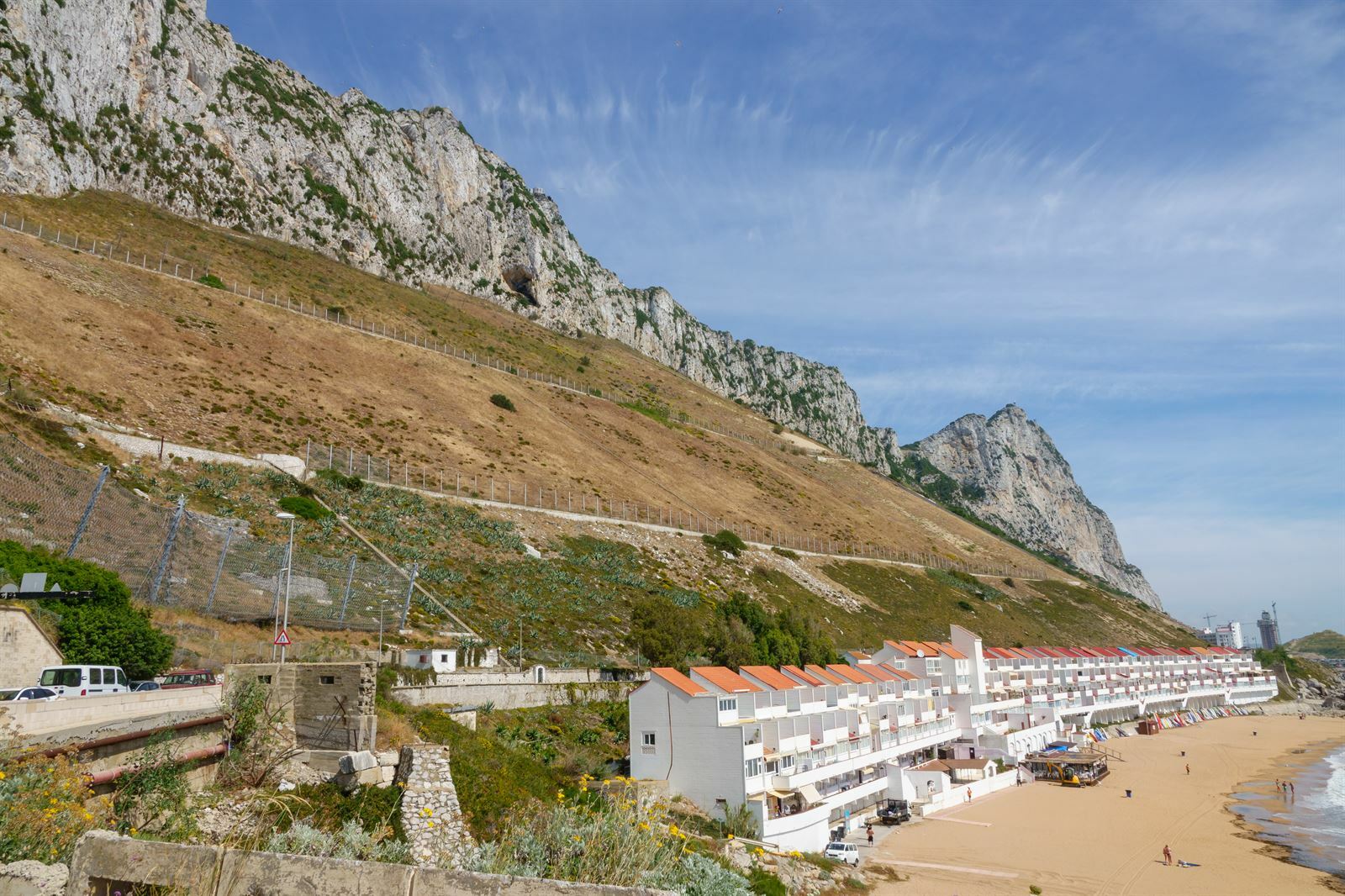 Stuart was so right. The difficulties of air travel in the Covid era have been almost the sole topic of conversation in the past 24 hours amongst those of us who have managed to jump through all the regulatory hoops set for us. In legend, Hercules created the Straits of Gibraltar by stamping his foot, but even this hero of mythology would have quailed in the face of the voluminous forms that need to be filled before you can cross a country’s border, or even after you have done so. The seven labours of Hercules pale into insignificance compared to the bewildering succession of passenger location forms and covid rapid test forms that some of our far-travelling competitors had to complete on their way here.

Let’s start with the easiest journey, which was probably mine. I live a half hour’s drive from Heathrow so it should have been a piece of cake. Indeed, it proved not too bad at all as a person of intelligence applied their mind to it. I don’t mean me, obviously: but my wife managed to get her head round the ever-changing regulations required for me simply to exit the UK, enter Gibraltar, and receive an initial Covid test. I just followed her advice and, as result, my journey was relatively painless.

The tournament’s digital board wizard, Matthew Carr, also coped with all the red tape and arrived on the same flight. In fact, Matt deserves some kind of prize for making light of the difficulties involved. First, he got all his forms filled in well before the flight, printed them off and kept them in a folder in case he was challenged at any point. Then his seat selection strategy was immaculate: he changed his reservation to one of the seats at the back of the plane, correctly predicting that he would be one of the first rows to be invited to disembark (the disembarkation procedures have also changed during the Covid era). That enabled him to get off the plane first, breeze through passport control, pick up his luggage immediately (someone had already taken it off the carousel for him), sprint over to the Covid testing kiosk before anyone else. Ten minutes, all done. We salute you, travel grandmaster Matthew Carr.

However, at Gibraltar airport Matthew and I encountered Kateryna Lagno and Dinara Saduakassova, who had already travelled vast distances before reaching Heathrow, and had run into some quite unnecessary problems en route. Dinara and her mother had been booked on a flight to Heathrow but had been stopped from boarding a BA flight on Wednesday because their visas were invalid. Actually, the visas were perfectly valid and BA later had to admit it was entirely their fault. But it was too late to catch the flight and had to stop over in London for an entirely unnecessary night.

Their problems didn’t end there. In Gibraltar Kateryna, Dinara and her mum managed to pass through passport control successfully, but lacked the mandatory documentation to receive the obligatory Covid test. Matthew and I stayed to help but, unfortunately, the airport and Covid testing staff didn’t immediately make it clear, even to us native speakers of English, how to address this documentary deficiency. After what seemed like an age, we were finally given the right Gibraltar government website address to enable us to fill in the two sets of forms using our motley collection of mobile phones. Once these had been completed, all three were able to receive the obligatory airport Covid test and we could all head for the hotel. What impressed me most about this process, which lasted around two hours, was the sang froid of three ladies in question, faced with a blizzard of bureaucracy in a foreign language and following a lot of hard travelling. It gave me an insight into their toughness of character and resourcefulness, which probably underpins their excellence at chess. Hats off to all three of them. 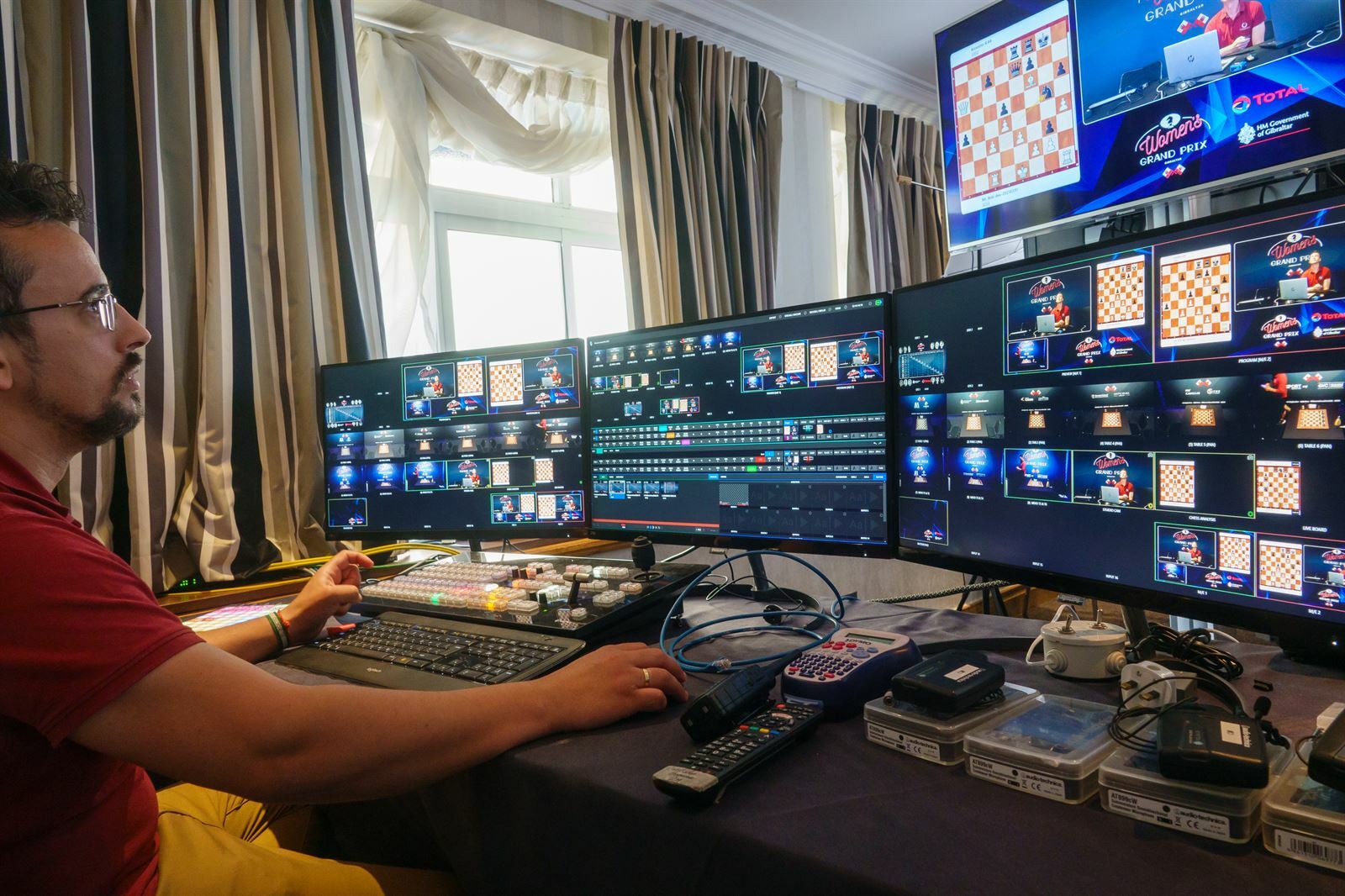 Another insight into the trying nature of Covid-era travel arrangements was a tweet from tournament commentator Nigel Short yesterday. “Looking forward to commentating on a great tournament in Gibraltar with @fionchetta! Unfortunately, despite years of experience, I have become stressed about the process of travelling itself. Do I have the right tests? Have I filled in the forms correctly? So many new worries.” Nigel can probably claim to be the best-travelled chess player in the world, and he appears to enjoy travel generally, so if he feels stressed about travelling, it speaks volumes about the brave new world we are entering. He’s still in transit, hopefully arriving Friday afternoon. His fellow commentator Fiona Steil-Antoni has also experienced travel problems, with her initial Covid test result being sent to her too late for her to make an intended flight. Three of the players are yet to arrive: we’re expecting Gunay Mammadzada (Azerbaijan) and Nana Dzagnidze (Georgia) later today, but Valentina Gunina (Russia) won’t be arriving before tomorrow Saturday, when round one is scheduled. Poor Valya: all her interim messages on her travel woes have been typically upbeat but she must be suffering inside.

Fingers crossed, all our travellers reached their destination very soon and we can start reporting on some chess.